It should be easy, right? The whole of the Bible to pick texts from, less pressure to take any one verse down to it’s sub-atomic level, and yet as I sat down last week to prepare a topical sermon on ‘Revive us, Lord, through Small Groups’ I felt lost. 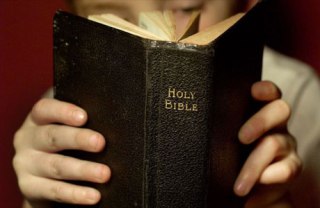 Lost because, well…the Bible is a big book to hunt through for clues and hints (even with the help of Olive Tree’s excellent Bible search engine on my iPod).
Lost because there is no chapter conveniently entitled, ‘Why y’all should join a small group, like, yesterday’.
Lost because there are about a zillion references to Christians/believers living in community that could be relevant to the topic.
Lost because there’s no standardised, or even non-standard systematic theology of small groups.
Lost because I’m scared I won’t notice the intrusion of my hobby horses and comfort zones.
Lost because I felt pressure to preach the definitive sermon on this topic – a pressure I never feel when approaching a single Bible passage.

Lost…and yet I approached the sermon feeling strongly that small groups, while not essential or mandatory, are frequently a key part in the health and growth of the local church, and should be promoted as such.

The first thing I tried to do however was check my assumptions at the door. Just because my job involves oversight of small groups, doesn’t mean I get to defend them extra-Biblically, or promote them “because that’s my job”, like a department head lobbying for budget allocation.

In the end, after collating a bewildering array of references that not once commanded we belong to a small group, I concluded that an important part of the Christian’s existence is to be part of a small group of believers comprising fellow-members of their local church.

Scripture seems to give weight to this in two ways – with a pattern and a mandate.

As one brother wisely warned me during the week, I should be careful not to transform narrative into principle. That is to say, it’s very tempting to find something that believers or Christians once did that was recorded in the Bible, and assume that we either can or should do that now. The most notorious example of that would be the casting of lots to determine Judas Iscariot’s replacement.

It’s when you see pattern connect with mandate that you have the most powerful preaching tools, and that is  certainly the case with the early church and – for this sermon – Acts 2 in particular as I thought about how we “do” Christian community.

And the more I read about what the early church did and what we are commanded to do from both Old and New Testaments, the more I became determined to invest in the guys in my small group, and the more excited I became at the thought of what God can accomplish in the lives of people connecting with him as their fulcrum and focal point.

“Strengthen the feeble hands, steady the knees that give way; say to those with fearful hearts, ‘Be strong and do not fear; your God will come, he will come…'” (Isaiah 35:3-4)

“My brothers if one of you should wander from the truth and someone should bring him back, remember this: Whoever turns a sinner from the error of his way will save him from death an cover over a multitude of sins.” (James 5:20)

Who has a fearful heart? Who is beginning to wander from the truth?

Who knows…unless we’re walking with Christ in close community?